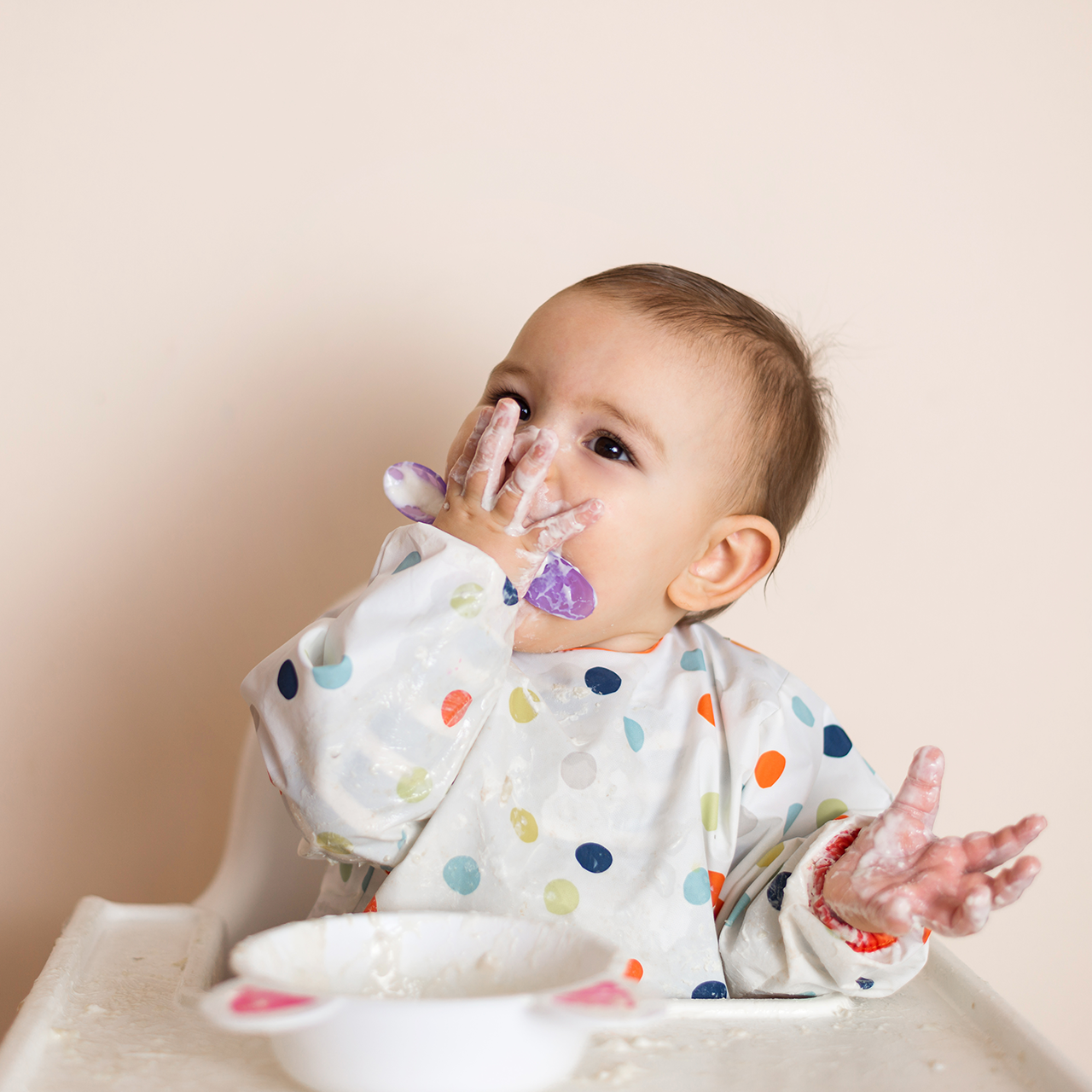 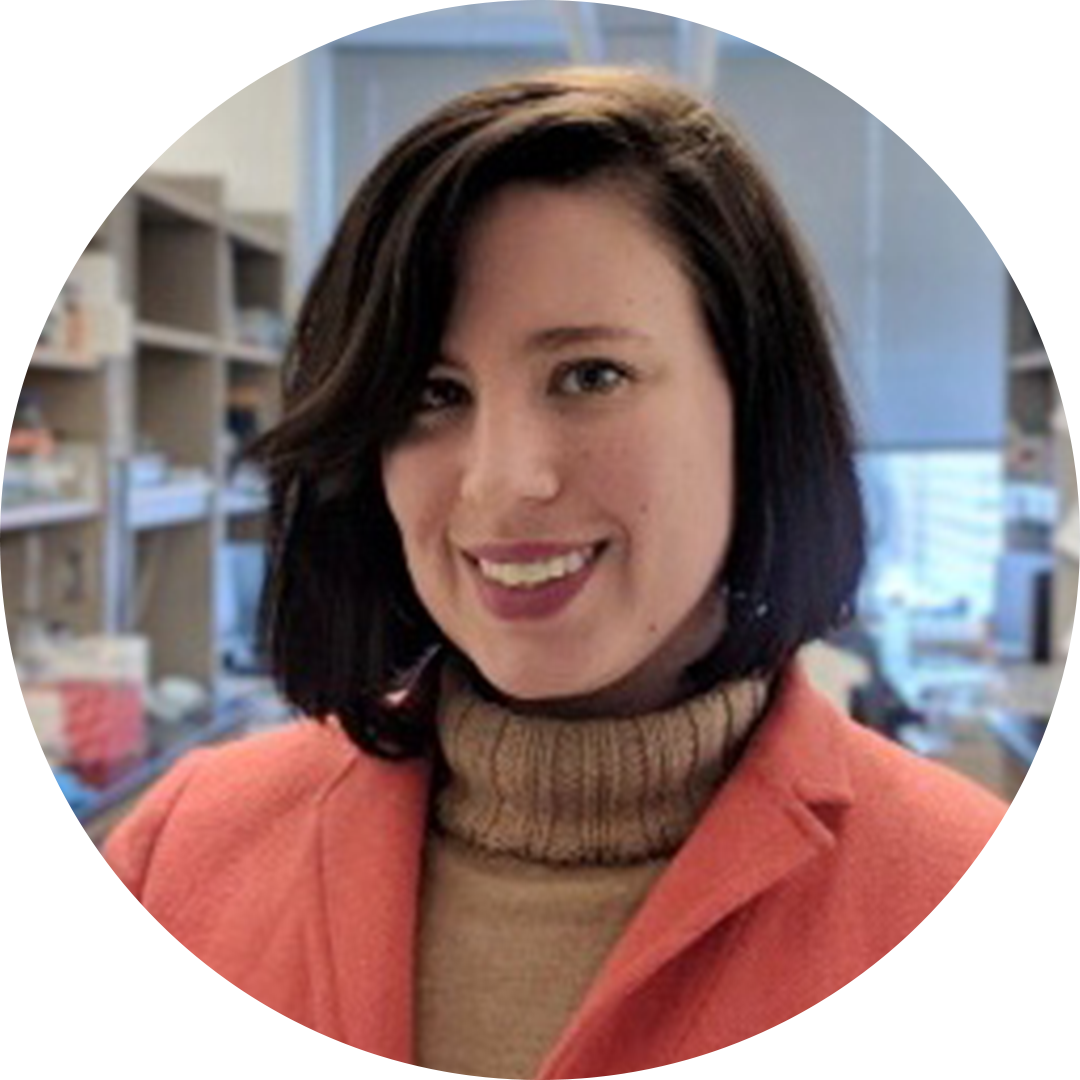 Food allergies in babies are a little more complicated than you might expect. And typically, they’re the second step of the atopic march - which involves atopic eczema, food allergies, and asthma.

If you notice signs of food allergy in your baby, you might wonder what the trigger food could be.

But did you know that there are four different types of food allergies that show up in babies? And sometimes, what looks like a food allergy is actually a food intolerance.

During an IgE-mediated reaction, the immune system mistakes an allergen as a real threat and releases immunoglobulin (IgE), which then triggers other immune cells to react. This occurs quickly and can be very serious.

A non-IgE-mediated condition may develop more gradually in response to allergen exposure. Symptoms can show up in the digestive tract or the skin. Examples include FPIES and eosinophilic esophagitis (EoE). Little ones with these conditions may struggle with weight gain.

Can babies have allergies?

It was recently estimated that food allergies affect 3% of babies under one year old, up to 8% of children, and 3% of adults in industrialized countries [1], [2]. And in 2018, 4.8 million children in the US were reported to have food allergies. Peanut allergy was the most common [3].

The top eight food allergens are:

What’s worth pointing out here is that food allergies in babies often follow eczema and this is part of something known as the atopic march. In fact, when babies are diagnosed with eczema within their first year, they’re also 11 times more likely to develop peanut allergy during that same year [4].

There’s a good chance that the appearance of food allergies in babies involve genetics, diet, and baby gut health.

For example, changes in the baby gut microbiome - or the bacteria that live in the gut - have been found in those with different types of food allergies. Such as egg, peanut, soy, wheat, or cow milk allergy.

This is one reason why the Tiny Health baby gut test looks for biomarkers linked to food allergy development.

What are the signs of food allergy?

Food allergies are an immune system reaction that shows up soon after eating an allergen, or trigger food. Sometimes, even a small amount of food can be responsible for a major reaction.

Signs of food allergy in a baby can range from:

Typically, when you notice signs of food allergies in babies, the immune system mistakes an allergen as a real threat and releases something called IgE, or immunoglobulin E. IgE then signals other immune cells, causing symptoms of food allergy.

Cow milk protein allergy is one of the earliest and most common food allergies in babies. It affects 3-7% of babies and usually shows up within a baby’s first year. Fortunately, 75% of kids outgrow cow milk allergy by the time they are three years old [5].

Some babies are more sensitive to milk protein than others. And have more severe symptoms.

It can take up to 72 hours for a mother's breastmilk to become free of milk protein.

When using formula, cow milk protein allergy can be especially tricky since many formulas are made with cow’s milk. With the support of your health care provider, you may want to consider:

Cow milk protein allergy is especially noteworthy within a baby’s first year because it does increase the risk of other atopic conditions, like eczema, and other chronic immune-mediated disorders such as inflammatory bowel disease [6].

Milk allergy in babies may have a microbiome connection

As it turns out, there seems to be a relationship between milk allergy in babies and baby gut health.

For example, we know that high levels of certain friendly bacteria - like some Clostridia and Firmicutes - at the age of 3 to 6 months is associated with the resolution of milk allergy by the time a child is 8 years old [7].

We also see a connection between interventions that impact the microbiome and food allergy.

This implies that while food allergy is probably driven by factors like genetics and diet, there are also some notable differences in the gut microbiome of folks with different types of food allergy. Such as egg, peanut, soy, wheat, or milk allergy.

That said, research currently lacks consistency. So it’s tough to interpret what these differences really mean. But it suggests that baby gut health and the baby microbiome are potentially important in regulating a baby’s response to food allergens. We are excited to bring you the latest microbiome research and work with a team of scientists to support families who want to protect their baby against allergies.

Non-IgE food allergy is an umbrella term for several conditions. The one thing that unites them all is inflammation of the gut.

On the whole, these conditions are rare. But when they do occur, the most common non-IgE food allergies are:

When it comes to non-IgE food allergies, we see a relationship with baby gut health there too.

For example, we know that FPIES is more common in babies who have been exposed to antibiotics during pregnancy and infancy, increasing their levels of unfriendly bacteria [11].

Cow milk FPIES is more likely to show up in babies born by C-section delivery section than those born by vaginal delivery.

FPIAP is rare and defined by bloody stool. The response is often triggered by cow’s milk protein and it tends to show up in babies under 12 months old.

When addressing FPIAP, probiotic formulas that include Lactobacillus rhamnosus GG may be useful [12]. And if fecal microbiota transplantation is an option that’s available, research has found that this type of therapy can relieve symptoms of FPIAP within days with no relapse over the following 15 months [13].

Food intolerance is not an allergy

Food intolerance is not an allergy because it does not involve a response from your baby’s immune system. That said, the signs of food intolerance are very similar to food allergy. They include:

Food intolerance can show up if your baby doesn’t have the enzymes needed to digest a particular food. For example, lactose intolerance shows up when there isn’t enough lactase enzyme in the small intestine to digest the milk sugar, lactose. While many adults are lactose intolerant, babies make plenty of lactase in order to digest breastmilk.

Other causes of food intolerance include:

Hopefully at this point it’s clear that signs of food allergy in a baby can show up at any time. And while a baby’s immune system is still developing, food allergy in babies has a strong relationship to baby gut health.

Which means that we have a small window of time when we can make a difference. And even change the trajectory of a baby’s immune development.

If you suspect lactose intolerance is an issue for your baby, it’s worth pointing out that this is very rare in children under the age of 5 years old. You’re more likely to see an immune mediated reaction in a baby than a food intolerance.

This is why we take a close look at the bacteria in a baby’s gut.

Gut microbiome testing cannot diagnose a food allergy or lactose intolerance. But it can give you a clear snapshot of the environment that’s impacting your baby’s immune development.

We want to see a lot more good bacteria than unfriendly bacteria. This is because typically these good bacteria create helpful compounds that are soothing and supportive to your baby’s immune system. As Tiny Health pulls together the latest research about baby gut health, we’re excited to share what we learn with parents.